A traditional cast-iron skillet doesn’t turn up from the box with a nonstick surface. It can be achieved by coating or seasoning the skillet with cooking oil and giving it a baking for an hour. The best temperature to season cast iron skillet for you is 350° F or 177° C.

But, wait!! Your skillet will not take on that gleaming black patina just yet. Once you dry it with paper towels then it will be ready for you to use. You will fortify the nonstick coating every time you heat oil in your skillet. You can speed up this process by seasoning as often as you like. Or you can use a seasoning spray for your cast iron skillet. Did we go there a bit too fast?! Don’t worry later down this article we will be discussing the process step by step. So, let’s keep reading!

Seasoning is a process of creating a veneer of carbonized oil that has been baked onto your cast iron skillet. It forms a preservative layer on top of your cooking pan. It’s what gives your iron skillet an easy-release, natural finish and makes your cooking and cleaning a walkover. The fun part is, the more you cook in your cast iron skillet, the thicker this layer of oil enhances. Resulting in transforming your skillet into an heirloom with a darker and smoother cooking facet.

When at a high enough temperature, fats or oils are heated in a cast iron, they change from a wet liquid into a hardened, slick surface. The process is known as polymerization. This chemical reaction creates a coating of seasoning that is molecularly joined to the iron. Any iron cookware will rust and corrode without that layer of carbonized oil due to the moisture and oxygen in the air.

From a microscopic point of view, a cast iron has an uneven, jagged surface. Such texture issues more surface area for the seasoning to adhere to the iron. The fats and oils will fill in the texture as the layers build up. Creating a natural and smooth nonstick cooking surface that will rear for generations.

When you put your oiled pan in a preheated 350° – 450°F oven and leave it there for 30 to 60 minutes the skillet may get a little smoky. Its best if you keep your kitchen well ventilated. During this period the oil with the aforementioned range of heating will polymerize and form the first of plastic-like, several hard coatings on your skillet. The reason being the oven heat (350-450 degree F) provides an even heat that distribution that will more effectively set the oil all over your cast iron skillet.

How to Season Cast Iron as You Cook

You should know that only two ways to keep up the seasoning of a cast iron cookware. Among those, the easiest and best way is to cook in it regularly. Because, each time you cook with fat or oil, you are adding another layer of seasoning to the skillet of yours. Gradually, these layers will build up to form a nonstick, strong cooking top.

Remember though, these early layers of seasoning added as you cook in a new cast iron skillet will be irregular. Don’t worry, take a deep breath. What and how you cook, hot spots on your cooker and the temperature setting will all affect where and how the oil bonds to the skillet. So, our best advice to you is just kept cooking in it! Eventually, these patchy layers will interlock like puzzle pieces and will create an enticing cooking surface.

How to season a cast iron skillet in the oven

This method can help jumpstart the ground layer of seasoning on your newly restored cast-iron skillet. Seasoning by oven can ease other problems as well. If your skillet got food sticks to it, becomes dull or gray, or if the pan feels sticky, try to season your skillet in the oven.

First to get things started, preheat your oven to 350 degrees Fahrenheit or 177 degrees Celsius before washing the cast iron skillet thoroughly. Use a combination of dish soap and warm water to eliminate any residue that’s built up previously. After that, wash with water and dry the skillet with a soft fabric.

However, remember to avoid using dish soap when cleaning your cast iron. The soap lessens the effect of seasoning. After every use, simply clean the cast iron just with water and mop it down with a kitchen cloth.

Choose oil or fat to use in your seasoning. Some experts remark that refined flaxseed oil does the finest job. But it’s far from being the economical option, though. Lard or Crisco works well, but really any vegetable lubricant will do. As long as it’s smoking point (the temperature at which the fuel starts to smoke) is above the normal cooking temperature, it will work fine. Note that, you should not use any oil that possesses a strong flavor.

Now, pour in the oil of your preference and spread it around to evenly coat your skillet. For prime results, rub in your selected oil with either a paper towel or a cloth. Try to cover every square inch of the cooking surface of your skillet.

Put the cast iron skillet, upside down, into your preheated oven. Keep a piece of aluminum foil underneath it while the skillet is on the oven rack. Your goal here is for the skillet to heat until the oil reaches its smoking point. Then and only then the chemical reaction (also known as polymerization) that results in your desired nonstick coating. Different oils own different smoking points.

To bring flaxseed oil to its smoking point you have to turn your oven up to its highest heat seating. But, if you are using any other vegetable oil, keep it at 350 degrees Fahrenheit. Bake your skillet for about an hour. Then turn off the heat and allow the metal to fully cool down before removing it from the oven.

If you’ve got bought yourself a new skillet or pan and you’ve never seasoned one before, you have a lot of quality choices when it comes to what grease to use.

Grapeseed oil is one of the most approved oils used to season cast iron pans. It has a high smoking point. Which allows you to use high temperatures to heat up your pan much quickly. It is neutral in flavor and aroma and also highly praised as a healthy choice for oil at the same time it’s moderately priced.

This oil has a very low smoking point, but to make up for not being able to season it at high temperatures, it was advised to season for a minimum of six times for one hour at a time at a low temperature of 225°F. Unfortunately, flaxseed oil is not easy to find and expensive. The oil does bond to cast iron well. Giving a pan slick finish. If you use your skillet or pan regularly, flaxseed oil is a great choice for seasoning your skillet.

Avocado oil has a remarkably high smoking point at 520°F. Thus, you have to heat your skillet to a temperature of 520°F before putting the oil. But, if you are able to season the pan with avocado oil, the odds of you cooking anything at a temperature high enough to lose the bond once set is unlikely.

Inexpensive and easily available everywhere. They have high smoking points. They can handle high temperatures. So, canola oil or vegetable oil is simply a good choice for seasoning your cast iron pan.

Olive oil has a fantastic aroma, flavor, and multiple health benefits. It’s easy to find at any supermarket and not expensive. It has a low smoking point (375°F). So seasoning your cast iron skillet will have to happen at lower temperatures and for longer intervals of time.

Coconut oil is the most searched for seasoning a cast iron pan. It’s become a very popular cooking fuel for its health benefits and an economical price range. It has a relatively low smoking point. So, ensure that you warm up your pan to about 350°F before adding the coconut oil when seasoning.

You have to double-check if the peanut oil is refined or unrefined. Because they have different smoking points and should be seasoned to according temperatures. Peanut oil is a middle-range oil for seasoning your cast iron. It’s not hard to find or overly expensive. But it’s not the least expensive choice in the market. It has a smoking point of around 450°F (refined). It’s not particularly a healthy oil, but it’s no worse than any vegetable oil.

Can you season cast iron too hot?

Yes. Because cast-iron is so good at conducting heat. You will notice, as it starts smoking. If it gets too hot, turn off the heat and let it cool down for a while before you go back to cooking again.

When should I throw away a cast iron skillet?

Cracks or any holes, too much rust on it or, a wobbly base are the signs you should throw away your cast iron pan.

Is black residue on the cast-iron bad?

The black residue on an iron pan or skillet isn’t harmful. It’s just a part and parcel of cooking with a cast iron pan.

Cast iron pan or skillet, if accurately cared for, can last a lifetime in your kitchen. Besides cleaning your skillet after each use, the seasoning ranks as the most important footstep when it comes to maintaining such cookware. We hope that our article here will be able to help you toward achieving that goal at home or in your professional kitchen. 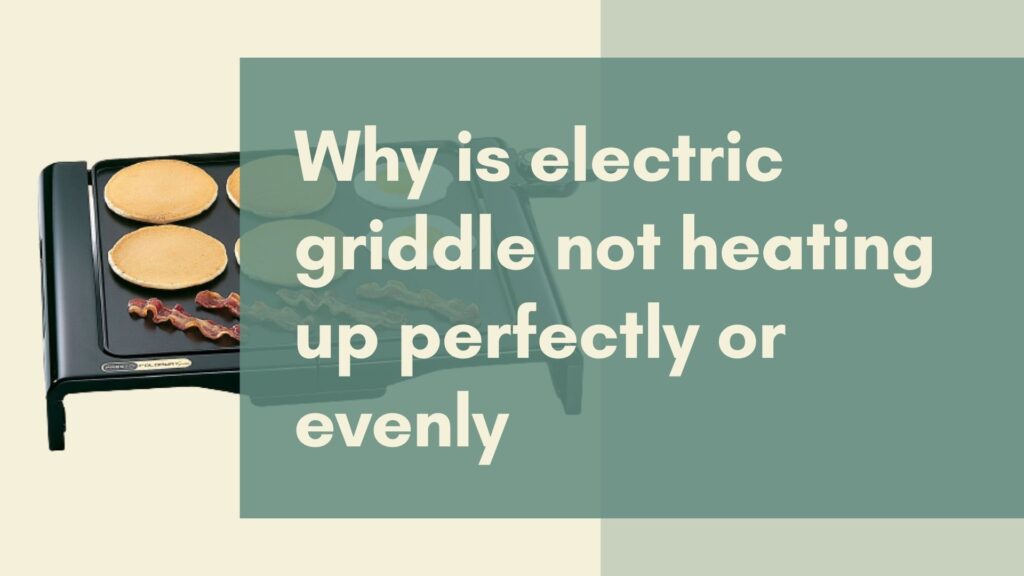 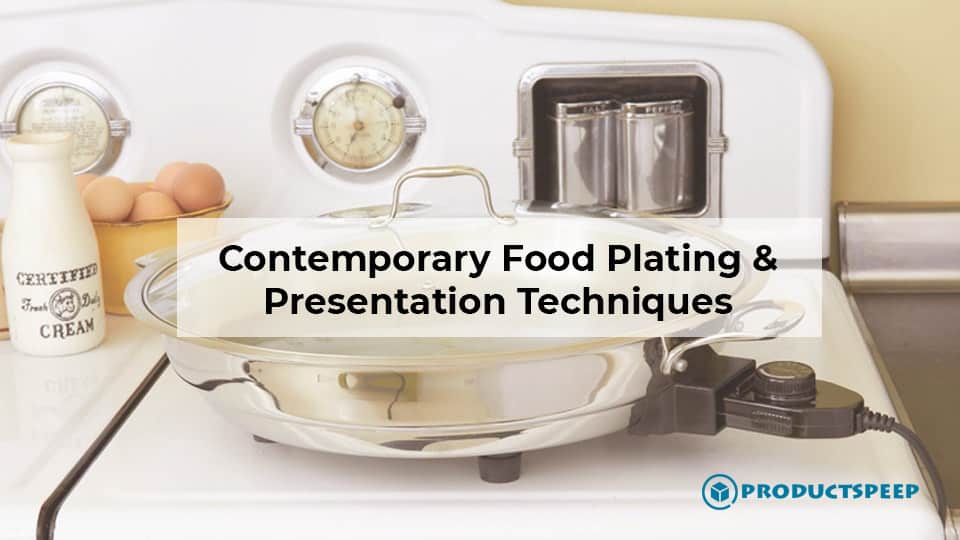 1 thought on “What Temperature to Season Cast Iron Skillet? And How You Should Season It?”